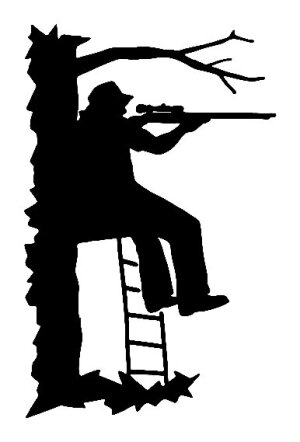 Robert Clayton Stewart was born on July 13, 1959, to Bob and Julie Stewart. He grew up in Massac County and attended the school system there, graduating from Metropolis Community High School in 1977.

Clay loved sports, in particular basketball and baseball, and had the pleasure of serving as the Khoury League coach for many a young baseball player in his early adulthood. He had a wonderful memory for stats and could just about tell you any detail you wanted to know about a game he participated in or watched. In his later years, he enjoyed seeing his grandson, Eli, play football; watch his grandson, Jack, play basketball and baseball; and also see his granddaughter, Ava, play softball.

Clay also loved to hunt....Oh, did he love to hunt!! He kept a diary of his hunts and could tell you where, when, and the weather conditions of when he or Darby got that "big buck" hanging on the wall. After his grandsons were born, that started a whole new generation of hunting and enjoying the outdoors. And, if there was a freshly fallen winter snow, watch out coyotes! He didn't call himself "The Sagebrush Sniper" for nothing!

Clay was a truck driver all of his life. He worked for Cummins Foods, Pepsi Cola, Anheuser-Busch, Apria Healthcare, Loomis, and lastly Coca-Cola. His dream job after retiring from Coca-Cola was to drive a school bus. He was so excited to get a bus driver's job taking our local kids, many of whom attended church with him, back and forth to school. Can you tell by now that he loved being around kids?

Clay was a member of New Hope Baptist Church and loved his church family dearly. He would occasionally give the invocation. I think the one most remembered was his invocation about something we all rely on often GPS. Except this wasn't your standard GPS. Clay's take on GPS was God's Plan of Salvation, a Plan he was faithful to and shared.

To Clay, family was everything. He always enjoyed getting the family together for reunions and, of course, good food! At other times of the year, all you had to do was say "catfish", and he was ready to go to the Kentucky Lake region for a catfish buffet.

Preceding Clay in death were his father, Bob Stewart; and his grandparents, Curtis and Lillian Stewart and Herman and Helen Gowins.

Online condolences may be left at www.lindseyfuneral.com